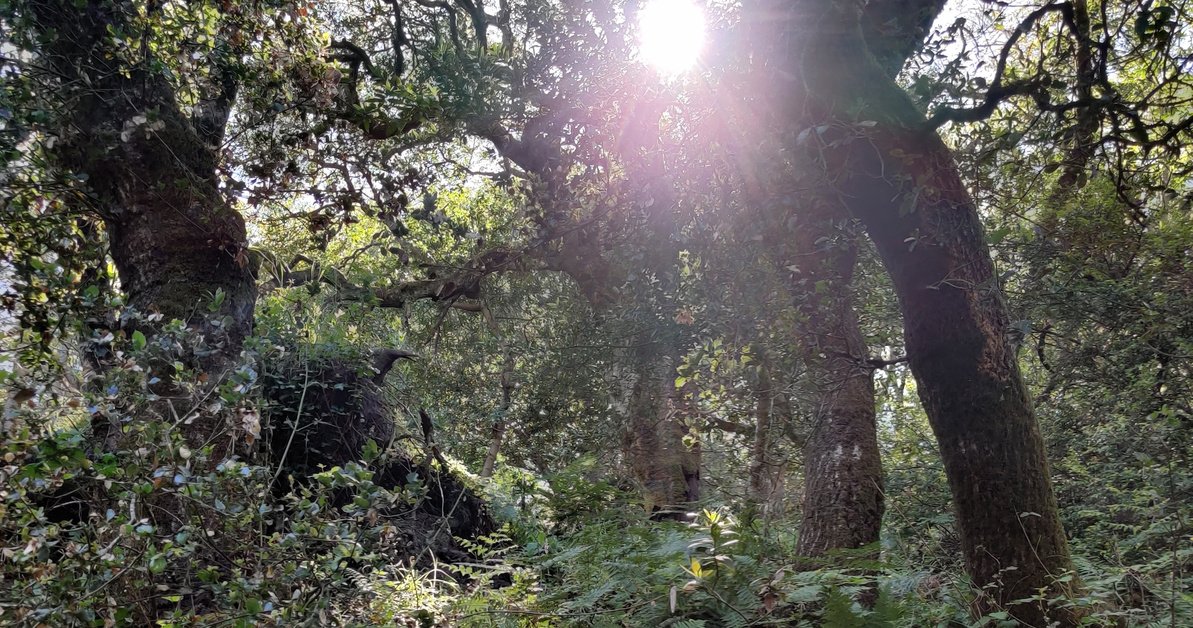 Proprietor of Grumpys, potential doppelganger of every white nerd you know.

when the comments neglect to explain how the code actually works

This is a rather boring post in an attempt to debug why I'm not seeing interactions with my earlier post.

Built a little 4-cane-style trellis thing out of salvaged wood and speaker cable so this little grape plant doesn't have to crawl on the ground anymore.

Howdy y'all, #introduction time. I'm Terin, a software developer in San Francisco, and operator of the meetwoof.com instance.

I like bikes, coffee, retro computers, TTRPGs, gaming, and Go (#golang). You might also see me posting about music, photography, and dad jokes.

"I'm just going to draw this boat", I said. #penandink

I'm grateful for the influx of astronomers and #astrophysics folks that have entered the fedi recently. And thank you to the old timers who have helped me find them. Welcome! I experience trips to the local tulip garden differently these days

If you were a chick, how would you rate this establishment? Planning on welcoming 3-4 little peeps this week. I hope they like the roosts. Still need the chick fountain and a heat bulb but I'm getting excited.

#introduction
I make attempts at DIY projects and post photos of cool wildlife or books I come across. I'm hopefully getting some goats soon so that's something to look forward to

"what's an alternative to Twitter I can move to?"

I'm hoping all the accounts I follow on here that are just mirroring their tweets finally decide to make the leap to the fediverse.

In honor of marijuana intake day, I bought https://wizardthieffighter.itch.io/ultraviolet-grasslands-and-the-black-city-uvg which looks like a rad, rules-light psychedelic #rpg setting. Trying not to spoil it by reading the PDF before the physical arrives. B.ella @[email protected]
Lately, you've seen a lot of photos of woods from me. Today there is something different coming your way 😁
This complex, Schloss Bloemersheim in Neukirchen-Vluyn, dating from the late #MiddleAges (~1406), was acquired in 1802 by Friedrich Heinrich von der Leyen, silk producer from #Krefeld. It is still the ancestral seat of the Barons von der Leyen today (yes, von der Leyen, dear people from the EU). The castle was also a refuge to which peasants living in the vicinity took refuge in times of war. It was frequently attacked and severely damaged. Today it is surrounded by many orchards. So lovely.
#NRW #castle #spring #pond
0
Apr 16, 2022, 22:13

Hello #woodworking fedi, I have some scrap painted redwood boards that came off my deck in a storm. I feel like I can salvage a bird house or two out of them, but I'd love to know if there are any other good uses that a novice could get out of these pieces

Proprietor of Grumpys, potential doppelganger of every white nerd you know. Welcome to Grumpy's Bar! Twas once a proud bar for losers on Ravine Street, Cincinnati, now it is an online space for sharing triumphs, misdeeds, and musings over a digital Grumpy's Ale.